The Foxes are Guarding the Henhouse: An unprecedented need to protect the policies that protect our environment 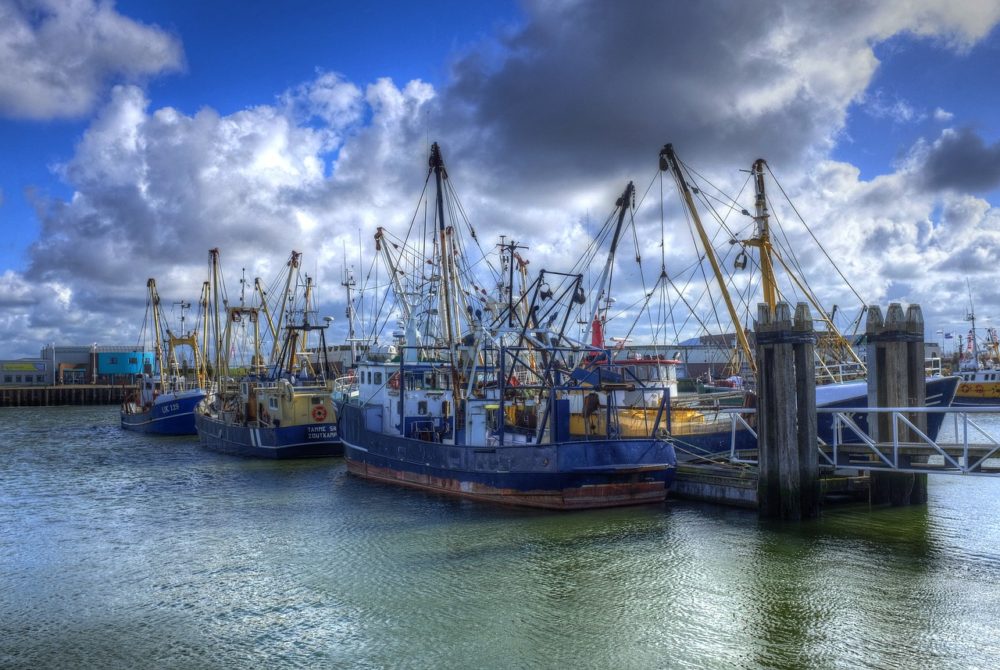 At a watch party for President Trump’s inauguration ceremony in January 2017, I had a conversation with a friend who’s a lawyer at one of DC’s biggest law and lobbying firms – I might as well have been talking to a psychic.  A large part of his practice involves negotiating with federal agencies to gain desired regulatory decisions and he was certain he was about to lose clients.  Moments before a businessman was to take the Presidential Oath of Office this struck me as odd, but his explanation made perfect sense and chilled me to the bone.  He told me his clients now saw a faster and cheaper approach: Spend less on lawyers and more on lobbyists to eliminate those regulations and/or get Congress to repeal the laws or shift funding priorities.

At a time when we should be promoting healthy, resilient marine ecosystems and a more sustainable way of life, science and environmental policy protections in this country are under threat on an unprecedented scale and the significant conservation progress made over the last decades is rapidly eroding, much like beaches and coastal communities are under threat from rising seas and increasingly dangerous storms.

The Administration is attacking environmental and conservation protections not only in a front page headline-making approach, but also in more quiet and insidious ways: from shrinking boundaries of and weakening protections for America’s national monuments – both terrestrial and marine – to a climate change policy focused on scrubbing any mention on agency websites and exiting the Paris Climate Accord, and from forsaking policies to promote and encourage renewable energy in favor of opening America’s public lands and waters to highly polluting resource extraction – including nearly all ocean waters off the US coasts – to truncated reviews under the landmark National Environmental Policy Act (established to ensure that environmental impacts for all projects using federal funds or requiring permits are carefully examined), and slashing federal funding for NOAA, EPA, and science-based conservation and environmental protections. In case interested in learning more, this NY Times story provides a more complete picture.

How bad is it? Secretary of the Interior, Ryan Zinke, is considering reducing or repealing protection for special marine ecosystems, including the Northeast Canyon and Seamounts Marine National Monument that Mystic Aquarium was instrumental in helping create. Secretary of Commerce, Wilbur Ross, is conducting a similar review of America’s National Marine Sanctuaries.

Secretary Zinke’s first formal decision was to repeal a ban on hunting with lead ammunition in national parks and wildlife refuges. This past week he lifted a ban on importation of elephant-hunt trophies from Zimbabwe and Zambia. (President of the Association of Zoos and Aquariums, Dan Ashe, spearheaded the now reversed policies while Director of the U.S. Fish and Service.)  There are no confirmed leaders for critically important posts at federal agencies such as the National Park Service, Fish and Wildlife Service, NOAA and NASA, and proposed budgets for these agencies include significant cuts to science education programs.

Absolutely nothing is safe, even success stories like the Magnuson-Stevens Fishery Conservation and Management Act (MFA), which is up for reauthorization right now. The MFA was enacted in 1976 and amended and strengthened in 1996 and 2006 – always with strong bipartisan support.  No law is perfect but for more than 40 years the MFA has prioritized science and conservation to stabilize and/or restore fish populations, ensure a safe and sustainable supply of seafood, and increase long-term economic and social benefits. This approach supports the $207 billion commercial and recreational fishing industries, the businesses that support them, and the jobs they support, which are critical for local communities to have a sustainable economic base.

There is nothing wrong with Congress trying to help commercial and recreational fishing business make more money, but changes in policy should be supported by the best available science with a goal that such fishing businesses will have something to catch in the years to come.  Rather than follow the course set in 1996 and 2006, which have been helping to eliminate habitat degradation and prevent overfishing, the House of Representatives could soon approve a bill to chart a new course and return to the old “wild west” approach where maximizing short-term landings is the objective, rather than ensuring healthy ecosystems and fisheries that sustain coastal communities for generations to come.  Maybe this creates a quick boom cycle, but history demonstrates the most lucrative populations will be overfished one after another until they are not viable.  History also tells us that the inevitable bust cycle will take boats out of the water and result in the loss of onshore businesses, jobs and public services due to falling tax revenues.

The Ocean Project has embarked on a new initiative this year to support America’s zoos, aquariums, and museums (ZAMs) and staff to become more informed about and more actively engaging visitors and the public on promoting healthy, sustainable marine ecosystems and science-based federal fisheries management issues that ensure sustainable fisheries and coastal communities.

As part of this initiative, The Ocean Project is working with Mystic Aquarium, Texas State Aquarium and Seattle Aquarium on pilot projects to learn effective ways of communicating on fisheries management and ocean ecosystem issues. These will be completed by May, with lessons learned and recommendations to help the entire ZAM community become even more effective in communicating for conservation with their guests and the public. Stay tuned for more details.

Starting in early April, The Ocean Project will also host a series of conservation policy advocacy and engagement webinars for ZAM staff. Think of them as a college track, with 101, 201 and 301 levels designed to demystify the policy arena and help you better understand how your voices can be heard and make a difference at this critically important time for conservation, be it terrestrial, aquatic, or ocean focused.  Some institutions are limited in what activities they can engage in for a variety of factors, but our goal is to help participants find a level of engagement and activities that make sense for your institution and in doing so amplify and support ongoing efforts of the aquarium and zoo community.  Stay tuned for more information but we hope you’ll be able to join us on April 6th for the first webinar.  Contact me, tadams@theoceanproject.org, if you’d like to participate or have any questions.

Whether you are a waterfront aquarium or a zoo, aquarium, or museum in a landlocked state, we all should be very worried about the approach to conservation and resource management embodied by the pending Magnuson-Stevens Act bill because sustainable fisheries is critically important to ocean health, but also because it soon will be coming to a treasured natural resource near you – if it hasn’t already.

I am not one for “sky is falling” or “end of times” hyperbole, but I believe we are in a moment where any and every conservation victory dating to the creation of Yosemite National Park is at risk.  Yes, it is that bad, but I believe there is no one more capable and better positioned to protect animals and ecosystems than America’s aquariums, zoos, and museums. The goal of the upcoming webinars is to help you better understand how our laws are made and, should you choose to increase your level of engagement, help find a meaningful level of activity that complements your existing programs and resources.  We can and should be the ones guarding the henhouse. 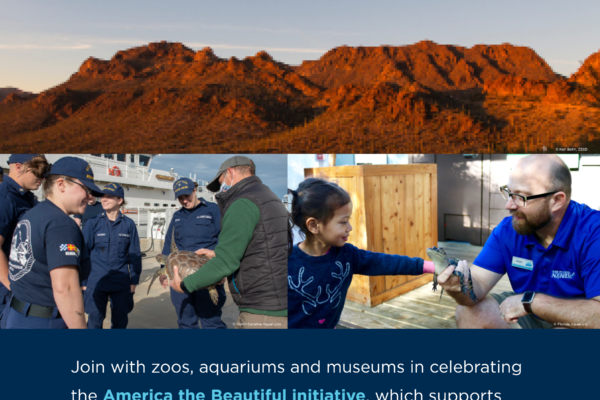