The Trump Administration: The Opportunity for Aquariums and Zoos

The optimist in me always looks for new opportunities that are presented with the changes that come after an election – and that is no different following the election of Donald Trump.

Based on comments made before and after the election, I expect a rancorous debate between industry and conservative think tanks, and environmental groups and liberal think tanks on environmental laws and regulations. The new administration’s likely agenda will include reducing environmental regulations under the Clean Air and Clean Water Acts; increasing fishing, mining, logging, ranching and oil and gas exploration in public waters and on public and private lands; repealing the Antiquities Act, which every President since Teddy Roosevelt has used to protect America’s treasures; and reversing commitments made by President Obama to address climate change. It will likely impact the reauthorization or renewal of existing laws such as the Magnuson-Stevens Fishery Conservation and Management Act, or the Farm Bill.

So…what role can aquariums and zoos play? An important one! Many of the same people will be making the same arguments about the same issues. Now more than ever there is a need for new voices, specifically sources of information that base their opinions on an objective analysis of available scientific information. This type of science-based work is exactly what aquariums and zoos do every day to care for animals, advance their survival in the wild, and engage visitors and the public for conservation. And it is exactly why you are so respected by your guests and neighbors. Additionally, your audience is likely more like America than any other conservation constituency.

You can break through the social media silos and mainstream media silos and speak directly to people who trust you as a non-partisan, objective, and rational voice. The data is clear that when visiting an aquarium or a zoo, your visitors expect, trust, and appreciate information about conservation and how to help with solutions. In addition, “walking the talk” as an institution resonates with audiences, especially when visitors and members are positioned as part of the effort in a “together we can” approach that also helps get to the scale necessary to effect change.

I began my career on Capitol Hill in 1987 and have been engaged in conservation ever since. What drew me to work with zoos and aquariums in 2004 is the incredible platform you have to inform the discussion and advance conservation in meaningful ways -- a dozen years later that opportunity still exists and is needed now more than ever. And as you do so, know that The Ocean Project continues to grow its policy advocacy capacity, and we stand ready to help you craft messages and develop approaches that are both strategic and effective.

The space in these debates for aquariums and zoos includes translating the best available science into an objective recommendation versus using political science to shape natural science to achieve a policy objective. Your guests and neighbors trust you and look to your guidance on how to help with conservation issues. You have real opportunities to communicate at the local level through your platforms and channels while engaging in timely and coordinated actions on national policy issues.

How you do it without a political backlash is simple – stick to the facts and use the data. For example, institutions engaged in conservation programs to protect endangered or threatened species, such as the SAFE campaign, can objectively analyze the available science to make informed decisions. That skill set can be transferred to policy debates with the simple preface such as: “As a science-based institution we’ve reviewed the available science and data and have concluded…”

Much of the media coverage will be of the horse race regarding who is winning and losing, but what will fly under the radar of this coverage is that the science each side cites to support their cause will be cherry-picked, biased, or both. The two sides and many of their supporters in Washington will talk past and over each other, people near you will wonder what has changed and be open to objective information from sources they can trust.

Since becoming The Ocean Project’s Policy Advisor just over two years ago, we’ve worked on several projects allowing aquariums and zoos to voice support for appropriations related to environmental education at NOAA and EPA and also the creation and expansion of marine protected areas in the Atlantic and Pacific Oceans.

What I learned from these advocacy actions (from simple letter sign-ons to youth initiatives like Sea Youth Rise Up to fully implemented onsite visitor engagement campaign) was that aquariums and zoos want to be active in visible ways – and that may be needed now more than ever. You have an opportunity to leverage your unique position as a valuable community asset and valued community institution.

As The Ocean Project builds out our policy program in support of and in partnership with aquariums and zoos, we hope you consider joining us, as we collaborate with others such as AZA and ACP, in future actions. If you are interested in doing so, please contact us. 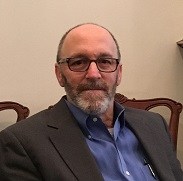 Learn more about Tom Adams and our team here.