The Ocean Project has been supporting our partner aquariums and zoos for institutional involvement and for effective visitor engagement on Marine Protected Areas (MPAs) for a number of years. Among other activities, we conducted market research on MPAs several years ago to serve as a baseline moving forward. We have also used World Oceans Day as a platform to inform and engage people about MPAs, including protecting the Southern Ocean and Antarctica, as well as coordinated partnerships and activities with our American zoo and aquarium partners and the nation's marine sanctuaries. 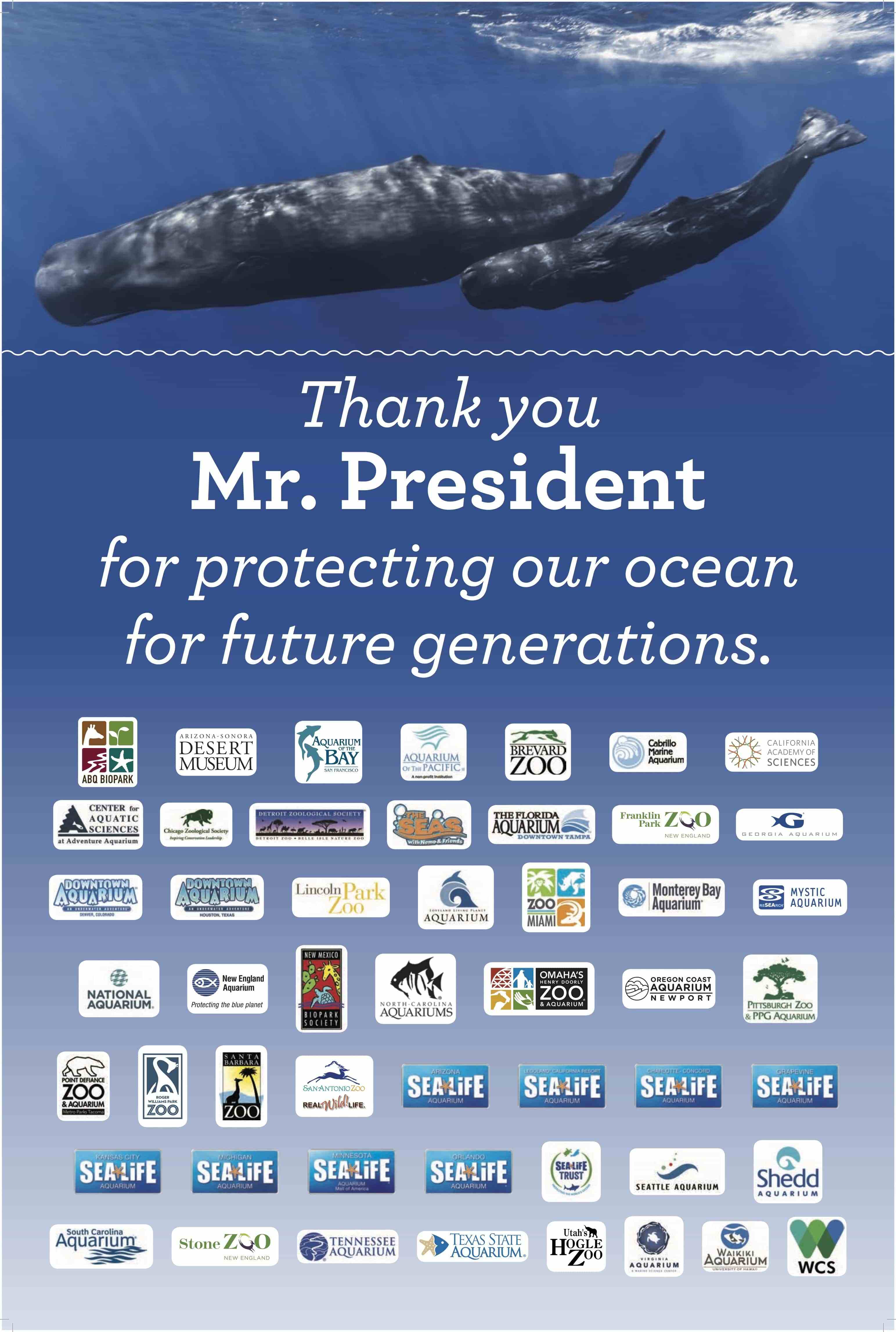 On behalf of our partners, we delivered a poster-sized thank you card in December to the White House Council on Environmental Quality and the NOAA Chief of Staff, and now hangs on their respective walls. Photo: Gabriel Barathieu

In 2014 and 2015, thanks to a grant from the National Marine Sanctuary Foundation and contributions from our supporters we were able to develop the groundwork for a broad public awareness campaign on MPAs, and especially national marine sanctuaries with a newly-announced public nomination process for the first time in 20 years. For 2016, we’ve developed a microsite (and complementary social media campaign) as a platform that our partners can use as they wish, including branding opportunities, to best engage their audiences. It has been developed in a way to update or change quickly, as opportunities arise. A collaborative national campaign has been evolving and the plan is to launch with key partners this year, in time for the busy summer season. The campaign will build on, enhance, and highlight what zoos and aquariums, and our other partners, are doing through related conservation education and outreach activities.

With the campaign and complementary activities, including a promising effort we’re developing with SEA LIFE Trust and SEA LIFE Aquariums, we plan to demonstrate strong public support for further ocean conservation action. We will be working closely with aquariums, zoos, museums, and other partners, to help inform and mobilize visitors and the public to “vote” this election year (and coinciding with the National Park Service’s 100th anniversary) for better protection of our ocean and its natural treasures.

Like Yosemite and the Grand Canyon were protected long ago by those who saw the importance of setting aside special places to enjoy in perpetuity, the ocean is filled with amazing habitats and animal life that needs stronger protection this year, so that 100 years from now future generations will look back and be thankful that people in the early 21st century had the foresight to protect some of our ocean’s amazing places.