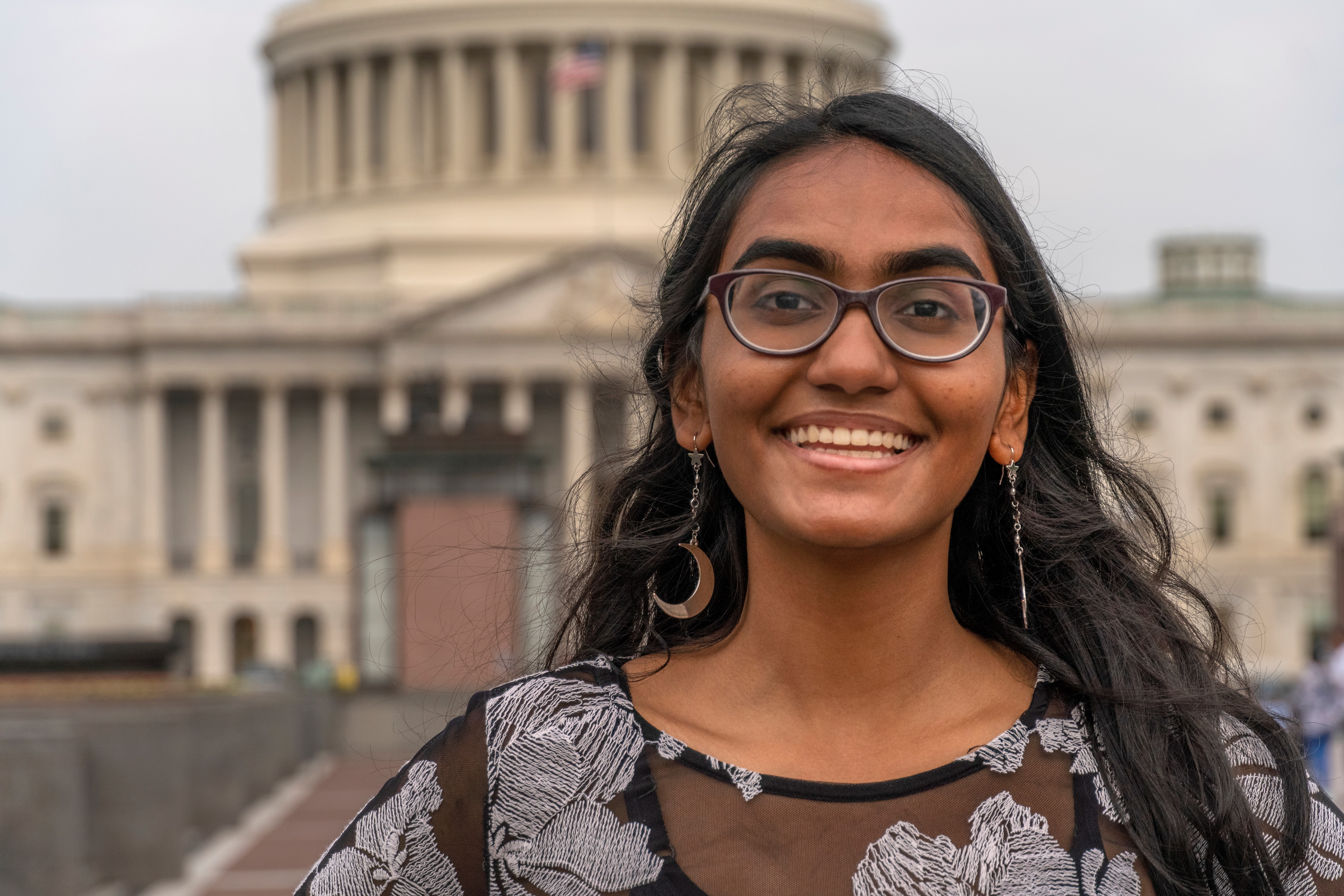 Note: This past June, the seven Sea Youth Rise Up 2019 delegates gathered in Washington D.C. to speak out about conservation issues and work together to protect and restore our ocean and our climate, the two major interconnected issues facing the planet and society. Akhila Bandlora, one of the delegates, performed a written poem during the 2019 Live Global Broadcast that speaks to the global youth movement: “The seas are rising and so are we!”

Akhila is a rising high school senior and an environmental activist from Phoenix, Arizona. Her activities include helping organize Arizona’s Youth Climate Strike, serving as a creative writing finalist for the Genius Olympiad, and participating on EarthEcho International’s Ambassadorship Program. In 2018, Akhila won From the Bow Seat’s gold award for poetry. Additionally, Akhila’s has been delving deeper into how the pursuit of environmental rights is often intimately connected with social and racial justice.

i.
the girl with sea foam fingers writes letters
on napkins left on beaches like loose change,
words stumbling down staircases of five-seven-five haikus:
i want an ocean,
the one mama whispers of,
when she eats, sleeps, prays.
she ties them to the webbed foot of a seagull, and sends it off to the governor:
“we are the tide and we are coming.”
he laughs and the girl watches him corrode:
shoo the seagull, lull it to sleep with plastic wrappers and bottles, throw the napkins away to land up exactly where the girl found it, and dips his pen into the seagull’s carcass to sign a bill
for a factory to dump their industrial waste into the ocean
— the ocean, a man-made trashcan.

But the girl’s eyes are seismic; the world shifts.

ii.
It’s 1972,
the year oysters pearl, fish jump, and crabs claw;
the girl trades her haikus for ballads, her flat chest
for fruit cup breasts, their apathy for her unrest
the sailors; they call her a woman.
she gargles the sea in her mouth to remember why she’s fighting,
pulls trash left on beaches and from washed up animal carnage,
dumps it on the governor’s desk–
“the tide is here; we are here.”–
chants reduce, reuse, and recycle outside the homes of oil-guzzling men,
she leaks into classrooms, and salt water ferments the walls,
teaches her children how to protect;
the world watches her,
until its eyes cataract,
teeth chip,
lips parch,
and ears burst.
And finally, it listens–
births the Marine Mammal Protection Act,
MPRSA, the ocean dumping act,
holds the UN Convention on the law of the sea–
All promises to defend.
she smiles,
whistles to the whoosh of the waves,
and shows her children how to protest;
The fight is far from over.

iii.
It’s 2019,
where climate change is an alternative fact,
the ocean an afterthought instead of a forethought;
but it’s still her first thought.
her bones are soft like coral,
hair long like coast and gray like gravel,
voice throaty as a frog’s;
her battle ending,
the war still raging.
her children, we revolt
when our president pulls out of the Paris Agreement,
elects a denialist to run the EPA,
cuts its budget by thirty percent,
we community we young people we fight
we, together, grab conch shells and march on–
“The seas are rising and so are we! –
the woman braids kelp through her hair,
washes her body with the sea,
tells us to never forget,
and we say we never will. 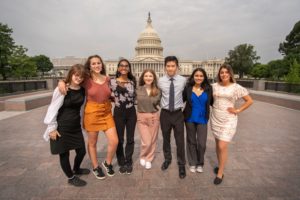 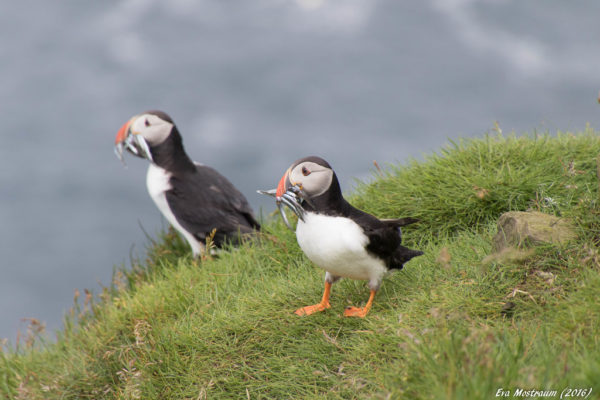